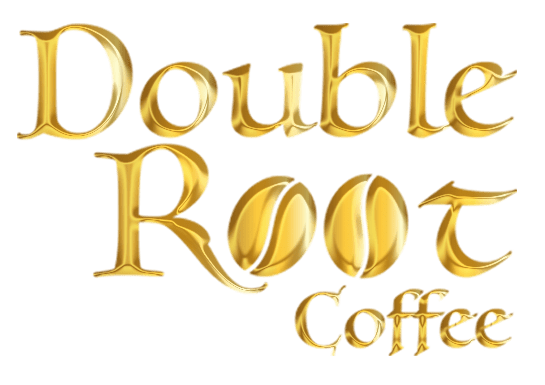 If you have ED, you are not alone. Most men have occasional problems with erections. Many people are ashamed to admit it, but it is getting harder to satisfy our partners as time goes by. Statistics has proven that 2 out of 3 men aged 20-30 could no longer perform effectively. In the United States, as many as 30 million American men have ED and about 50% of men older than 40 experience some level of it. By age 75, it affects nearly 1 out of 2 men. 1 in 6 infertile men is affected by ED or premature ejaculation. While the incidence of ED tends to increase with age, ED is not an inevitable part of aging. The problem is usually more about health conditions and lifestyle habits.

Sexual function can affect a person’s overall health and quality of life. Many men with ED may experience depression or low self-esteem at some point in time and ED can put stress on relationships. Many men with ED will complain that their sex lives are less than satisfactory, which is often the main reason they seek medical treatment.

It can happen to you too!

Could you ever imagine that erectile dysfunction that we all laugh about at a young age would hit you on a random day? If the issue goes on, heart related diseases will soon emerge, and it will be too late to fix it. Erection problems are common, but they can be embarrassing for men to discuss with partners and doctors. The sales of erection drugs on the internet or billboard advertising are boosted by keeping erectile problems in the dark. They reinforce the idea that it’s an embarrassing problem that can be fixed without seeking help from doctors. But this means men are missing out on an opportunity to improve their health.

Our Double Root aims to tackle the problem directly at its source by being the power source of men to gain back the confidence and rid of their weakness. It is not embarrassing to have some downs in life, but we must not stop at finding ways to stand up strong once again.

We understand that this could be frustrating and embarrassing for most men. However, ED and PE are usually fixable. In 1983, British physiologist Giles Brindley dropped his trousers and demonstrated to a shocked Urodynamics Society audience his papaverine-induced erection. The effect that Brindley discovered established the fundamentals for the later development of specific, safe, and orally effective treatment.

After many years of scrutiny, Double Root team has developed a potent concoction of natural superfoods aims to bring a stop on ED and PE, incorporated into 100% Arabica coffee. Our name of double root stemmed from combining two of the best roots available from the world namely Tongkat Ali Root from the East and Maca Root from the west.

Tongkat Ali (eurycoma longifolia) is a shrubby tree native to Southeast AsiaTrusted Source. The plant is indigenous to Malaysia, Indonesia, and Vietnam. Some species of the plant also grow in regions of Cambodia, Myanmar, and Thailand. It is used as a traditional Asian remedy for male sexual performance. Advocates of traditional medicine also use this plant to improve testosterone, help relieve other ailments and health issues. According to a 2016 PubMed review, people use E. longifolia to relieve sexual dysfunction, malaria, high blood pressure, anxiety, intestinal worms, diarrhea, aging

Maca is a Peruvian plant grown in the Andes mountains. It is a cruciferous vegetable, meaning that it is related to broccoli, cabbage, and kale. Maca is a common ingredient in Peruvian cooking that gives dishes an earthy flavor. Maca root plant can be ground up into a powder and added to meals or smoothies. Aside from its culinary uses, maca may also have several health benefits.

Goodness in every coffee bean

Coffee is one of the most popular beverages in the world, and for good reason. It has been shown that coffee can improve energy levels, help with focus, and is rich in health-boosting antioxidants. For men, a daily cup of coffee may do more than just wake up the brain. Some research suggests that men who drink two to three cups of coffee a day have lower odds of developing erectile dysfunction. Moderate caffeine intake appears to have a positive effect on most people and does not seem to cause erectile dysfunction. In fact, one study found that drinking two to three cups of coffee per day can lower the risk of developing ED.

In addition to providing a boost of energy, drinking a moderate amount of coffee each day can affect men’s reproductive health in other ways. Men who drink two to three cups of coffee per day may have an easier time getting and maintaining an erection. This may be due to caffeine relaxing the arteries and smooth muscle in the penis, allowing more blood flow and improving erectile function.

In addition to boosting energy levels, caffeine may also increase testosterone levels in men. Research shows that men who regularly consume caffeinated coffee have higher levels of testosterone than those who do not consume it.

In addition to sexual health, coffee may help improve heart health as well. Research suggests that drinking coffee is associated with a lower risk of heart failure. Coffee is rich in antioxidants, which can protect blood vessels and may reduce damage to the heart caused by cholesterol. Due to its antioxidant properties that aid with circulation in the body, coffee may improve blood flow to the penis, helping men get and maintain erections.

Among all types of coffee beans available, why did we choose Arabica coffee? The reason Is because it contains almost 60% more lipids and almost twice the amount of natural sugar. These play an important part in not only the flavor, but the aroma and body of the coffee. Arabica beans taste better because the increase in sugar gives the coffee a better taste, a cleaner mouthfeel, and a decrease in acidity, basically extra happiness, lesser bitterness.

You have understood the Double Root science, you have witnessed the Arabica prowess so, what’s next?

Our additional herbs that stand out and make you stand strong!

Our aim was to create the next generation beverage, a revolutionary coffee infused with essential nutrients that could change your lifestyle and provide you with the daily confidence every man deserves. Needless to say, we have succeeded in not only creating delicious arabica coffee, but also one of the best Superdrink you could possibly find in the market.

Red ginseng and Panax Ginseng are one of the most highly sought-after root herbs in Korea for their ability to boost immune system anticancer and treat diabetes. Korean Red Ginseng has been produced for 1,123 years as described in the GoRyeoDoGyeong record and backed by research made by Dr Xiao Juan Peng Ph.D. Her research had successfully proven that red ginseng brings beneficial changes in brain structure, cognitive functions, oxidative stress inhibition, and gut microbiome structure. The major anticancer mechanisms of red ginseng compounds include cell cycle arrest, induction of apoptosis/paraptosis, and inhibition of angiogenesis (1 January 2016). These ginseng essences are scientifically proven to improve heart health, increase stamina and treat impotency since ancient times.

Ginkgo Biloba, which can only be found in China on the other hand has been around of thousands of years are also called ‘Living Fossil” by the natives and has been regarded as one of the first to be used in traditional Chinese medicine. They are one of the go-to and trusted remedy of local China to provide powerful antioxidants upon consumption (16 September 2016). The results done by Yanping Li demonstrated that Ginkgo biloba extract significantly inhibited infarct size, increased serum histamine levels and weakened creatine kinase (CK)‑MB activity meaning it will assist to boost blood circulation, strengthen heart health, heighten brain functions, improve general wellbeing and successfully treats sexual dysfunction.

Fenugreek is well known in India as one of their culinary ingredients that has a high nutritional value. According to the European Journal of Clinical Nutrition, not only does it have high nutritional value, Fenugreek has the capability to improve Insulin functions that assist consumers in controlling cholesterol, diabetes and blood sugar levels. The fenugreek diet significantly reduced fasting blood sugar and improved the glucose tolerance test. Their studies have shown that there was a 54 per cent reduction in 24-h urinary glucose excretion. Serum total cholesterol, LDL and VLDL cholesterol and triglycerides were also significantly reduced (1 April 1990). It can also increase overall strength and improve sexual functions by boosting testosterone level after consumptions.

Barrenwort and Muira Puama are yet another amazing herb found in various country across Asia. They are mainly function as an herb to relieve nerve pain and joint paint. Barrenwort extract especially has the added benefits of promoting fluid production, quenching thirst, regulating immunity, invigorating kidney yang, strengthening bones and muscles, according to researches made by Dr Dong Shuge Ph.D on 27 May 2015. It is also very popular among locals as it lowers the chances of Osteoporosis by increasing bone density of its consumers and paralysis. Both herbs have the similar benefits of preventing sexual disorders, erectile dysfunction and increase interest in sexual activity.

By infusing all these amazing herbs and essence, we can complement the benefits of Double Root and take it a step further. In layman’s terms, our coffee will maintain your heart health for better blood circulation while reducing heart related diseases, reduce the risk of diabetes, increase stamina and endurance for longer lasting effects, increase testosterone, and increase your desire of sex.

What are you waiting for? Be the Lion King that you are supposed to be, 1 cup of coffee per day to rule your day, rock hard night and ride till dawn!

The worldwide prevalence and epidemiology of erectile dysfunction, International Journal of Impotence Research

Erectile dysfunction and depression, The Journal of Sexual Medicine

1 patient out of 4 with newly diagnosed erectile dysfunction is a young man, The Journal of Sexual Medicine

Impotence and its medical and psychosocial correlates: results of the Massachusetts Male Aging Study, The Journal of Urology

Management of erectile dysfunction: A cost-effectiveness analysis, The Journal of Urology

Prevalence of ED in the general population, Current Medical Research and Opinion

The costs of caring for erectile dysfunction in a managed care setting, The Journal of Urology

A study of sexuality and health among older adults in the United States, The New England Journal of Medicine